The Mackay Chamber Music Festival is passionate about bringing great quality chamber music to the region, to be played, listened to and enjoyed by great friends. We are very grateful to our committee, sponsors and supporters who help us achieve this mission.
Super User 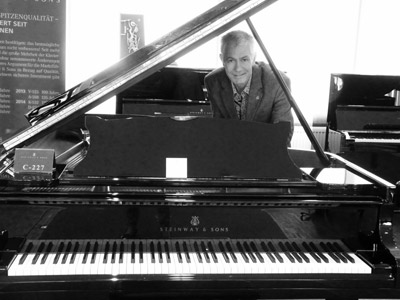 Brian’s interest in pianos started at a young age, first from peering inside his parent’s ex-pianola and seeing what happens when different parts moved, to watching a piano tuner work, through to moving onto lessons in classical piano.

Commencing his piano tuning apprenticeship in October 1984 with Piano Service Co in Eagle Farm, Brisbane, Brian found his passion in tuning. Since then he has specialised in tuning, action regulation and voicing of pianos.

In 2016, Brian travelled to Mason & Hamlin, Haverhill MA to assist in the selection of a concert grand for the Australian National Academy of Music (ANAM) Melbourne.

Return to Festival Committee and Sponsors