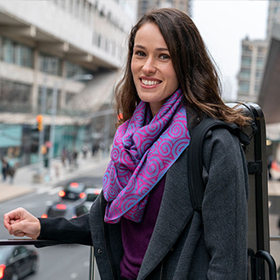 Elizabeth grew up on the Central Coast, and started playing the viola almost accidentally, because her music school had too many violins and cellos, and her teacher thought her long arms would suit the bigger instrument. Elizabeth grew to love the instrument while she was studying at the Sydney Conservatorium with Roger Benedict, where she, alongside three other students, started a string quartet that won the Westheimer Scholarship in 2015. This award allowed the quartet to travel across Europe and study with members of the Brodsky, Hagen and Cleveland quartets. She was a Sydney Symphony Orchestra Fellow in 2015, and played regularly with them until her appointment as a member of the Melbourne Symphony Orchestra in 2017.

She has played with various ensembles around the country, including the Brisbane based Ensemble Q, Melbourne Symphony Orchestra Chamber Players, Melbourne Ensemble and the Australian World Orchestra. She is a full time member of the Sydney based Enigma Quartet.

Elizabeth joined the Australian Chamber Orchestra in 2019 after being a part of the Emerging Artists program in 2016 and loves the excitement of playing in a string orchestra.

Elizabeth plays her own viola, a 1968 instrument made by the Parisian luthier Pierre Audinot. Her favourite composer is Ralph Vaughan Williams, whose string sound she describes as ‘incredible’, and her favourite composition is his Fantasia on a Theme by Thomas Tallis.