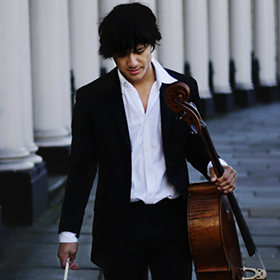 Berlin-based New Zealander Edward King is fast establishing himself as one of the foremost young cellists to emerge from Australasia. He has performed extensively throughout his home country and abroad, including concerto appearances with the New Zealand Symphony, Christchurch Symphony, Polish National Philharmonic, Canberra Symphony and Vogtland Philharmonic orchestras, among others. A versatile musician, Edward has been lauded for his musical interpretations ranging from performances of solo Bach to premières and collaborations with contemporary composers such as Johannes X. Schachtner, Markus Schmitt, Martin Lodge and Michael Williams.

Edward is a graduate of the University of Waikato, New Zealand, where he studied under James Tennant; the Leopold Mozart Centre in Augsburg (Prof. Julius Berger); and the University of the Arts in Berlin (Prof. Wolfgang Emanuel Schmidt). Additional artistic inspiration has come through masterclasses with cellists such as Franz Helmerson, Jens Peter Maintz, Philippe Muller, Steven Isserlis, and Ralph Kirshbaum. Edward is grateful for the scholarships and prizes that have supported his studies, including the Deutsche Stiftung Musikleben, the Patricia Pratt Scholarship, the Sir Henry Cooper Memorial Scholarship, Creative New Zealand, the Australian Cello Awards, and the Sir Edmund Hillary Medal. He plays on a modern German instrument, made by Robert König in Markneukirchen.